Ode to a hummingbird

For 28 years I sailed marine ply boats, first an 18-footer, and later a 23-footer. These boats were delivered as a kit of parts, from the 1960s up to the 1980s. Of the 18-footer over 900 were made, and the 23-footer lagged badly behind with only 80 boats tasting the waters. They were marketed under the brand 'Kolibri', which translates as 'Hummingbird'. In the late 1980s and 1990s the yard produced several types of boat of a more modern design, but I never owned one of those. 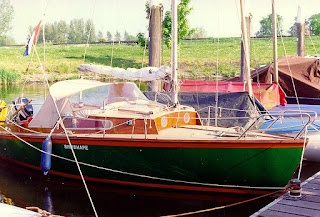 My first boat was acquired soon after I had to quit my seafaring career for health reasons in 1979. I simply couldn't quit the sea and it must have been in '82 that I bought the 18-footer, a dainty little boat which I named 'Shipshape'. This was sailed in the estuaries and coastal waters of the south, and eventually my wife-to-be and I sailed her to England and back, coast-hopping along the Belgian and French coast and crossing to Dover and Ramsgate. 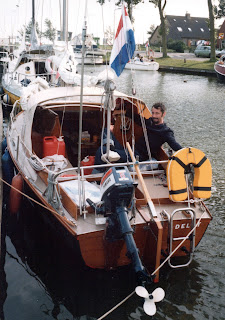 The little boat had no more than sitting headroom and cramped accommodation for two and was exchanged for a bigger one in 1995, as we wanted to take our kids sailing. This was a 23-footer, a true family boat with (as we thought at the time) lots of space, and the same excellent sailing qualities as the previous one. For obvious reasons, having three young mutineers on board, we named her 'Muiterij', which translates as 'Mutiny'. 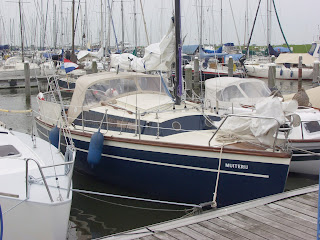 The 23-footer was used for many long family holidays, mainly in Dutch waters, and on short coast hops. Her seagoing qualities were excellent as we never shipped any water - the marine ply hull simply was very lightweight and floated like a cork. The down side of this was her liveliness in rough conditions. 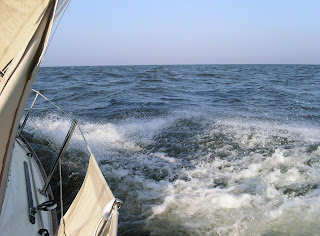 Even so, sailing and navigating this little boat was great fun, and I still remember her with joy and not a little emotion. We anchored in the lee of sandbanks, reefed down in a blow and she took us everywhere without complaining. With a little juggling, the cabin contained two adults and three growing boys, and later we had a cockpit tent made so we could chuck the luggage outside under the tent when we needed to sleep. 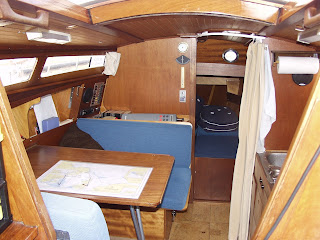 Each spring and autumn I sailed her between the winter storage and the summer berth in the north of the country - a two- or three-day solo trip in often inclement weather which I treated as a short break. On one such occasion in 2005 I made a video, which can be found here: https://www.youtube.com/watch?v=GUfApB4nNHk 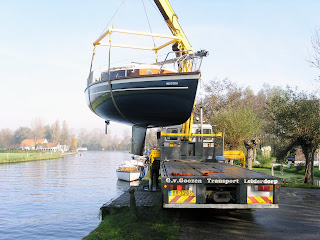