In a book such as The Batavian, the plot of which which largely takes place in a remote sea area, good research can make or break the story. Five years ago I sailed with my wife and friends in the Turkish coastal area between Fethiye and the bay of Kekova. We also visited the island of Kastellorizo ​​(Meis in Turkish, Megisti in Greek). 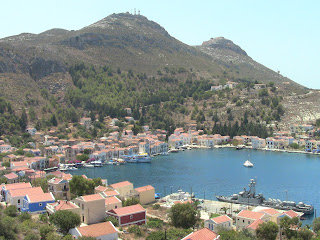 Kastellorizo ​​takes its name from Castello Rosso, from the time that Venice was in power here. The island has a turbulent history, even in 1939-1945, when it was a coveted military base because of its harbour. The village around the harbor was badly hit during those years. All residents were evacuated and only years later the island was inhabited again.

The Greek islands off the Turkish coast are still subject to conflict between the two countries. Although this originated in the centuries-long occupation of present-day Greece by the Ottoman Empire, a more recent cause is the aftermath of the First World War. The Turks had chosen the side of Germany and were made to pay heavily for it. Then in 1919 the Greeks invaded the weakened country until Kemal Pasha (later known as Atatürk) drove them out of the country and founded the modern Turkish republic. 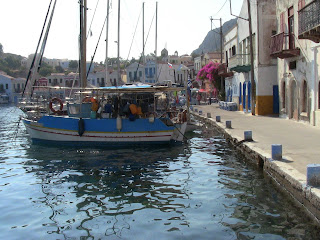 During the Greco-Turkish war from 1919 to 1922 many cruelties were committed by both sides. In the Lausanne Treaty of 1923 a population exchange was agreed, the Greek population of the Turkish west coast being exchanged against Muslim residents of Greece. Nowadays we'd speak of ethnic cleansing. In addition, the islands were given as protectorate to ... Italy, which she had to relinquish in 1946 to ... Greece!

No wonder the Turks feel that the islands have been stolen from them and the Greeks living there still think it is their own territory. If you ask me it's an insoluble problem. It plays a central role in the book, although I have made up a lot that is absolute fiction. 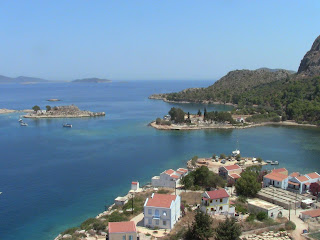 Kastellorizo ​​is a small, rocky island with a few hundred inhabitants. It looks like a little paradise, although the Greek navy is constantly present because of concerns about Turkish military action. In early 2018, the Greeks fired at a Turkish helicopter that ventured too close...
at December 23, 2018