THE CARGO to appear in Dutch on October 5th

Last week I wrote about the fire at Camp Moria and the shameful handling by Dutch and other European politicians of the Greek refugee camp crisis, the constant shadowy deals by governments to allow as few displaced people as possible a safe refuge in Europe, in spite of the UN refugee treaty concluded in 1951 (updated in 1967).

A few days have now passed and we now see the Greeks having set up a so-called "humanitarian" camp to receive the homeless people on Lesvos. They follow a military tactic, besieging and starving the homeless masses until they give in and voluntarily go to their new prison. Isn’t it remarkable that the people don't trust it, expecting to be locked for more interminable months and years? They have a bellyful of Greek asylum policy. A humanitarian camp - why couldn't that have been created sooner? Let’s ask the Greek authorities - I'd say to them: πρέπει να ντρέπεσαι για τη Μόρια - shame on you for Moria. 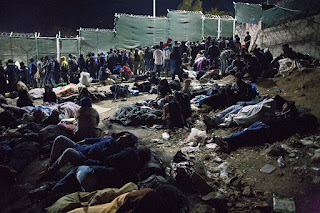 One of the driving forces behind the current refugee flow, regardless of the underlying causes (poverty and war), is human trafficking. We must not confuse this with the actions of humanitarian organizations rescuing refugees at sea, who as a result are being depicted by some European authorities as human traffickers. That’s just a political game. Those organizations have a humanitarian objective and, according to maritime law, are obliged to save lives, regardless of the question whether that fuels migration.

In my new book HET TRANSPORT (translates as The Cargo) I introduce a different face of human trafficking: dealing in women. Human trafficking is difficult to combat, but the means used by our Justice Department to collect evidence against human traffickers (a temporary residence arrangement for victims inducing them to testify) often presents the victims with an impossible choice. That dilemma runs like a red thread through the book. 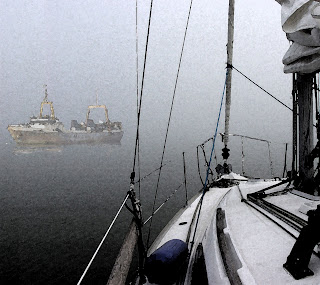 My new book is not just a thriller. It also shows the harshness of governments mainly concerned with devising and implementing rules and procedures, thus disregarding the human dimension. As an author, when I researched the background to my story, I was shocked to see how often the approach to human trafficking is subject to official arbitrariness and political interference. Read the book and draw your own conclusions ... 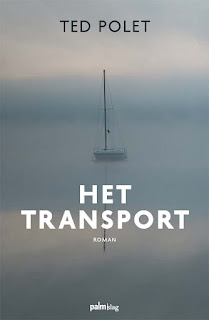 As it is impossible at present to hold lectures and book presentations due to the limitations imposed by the corona crisis (my last presentation took place in March, before the lockdown), I made a promotional video, which, like a movie trailer, has the role of a digital presentation. I have used my own film footage of the Waddenzee and the IJsselmeer, where part of the story takes place.

HET TRANSPORT is available from booksellers, in Dutch, from October 5th. I have THE CARGO, an English translation, waiting for eventual publication in the English language domain.