My third book, Two Fathoms Down (not yet published) starts in the aftermath of Napoleon’s rule in 1811, with the Netherlands annexed by the French Empire. The main protagonist is a Dutch soldier in French service – remember that the Dutch army at the time was incorporated in the French. In order to create a believable story, I studied the history of our country between roughly 1780 and 1813. A very interesting and turbulent time, which changed the country radically. 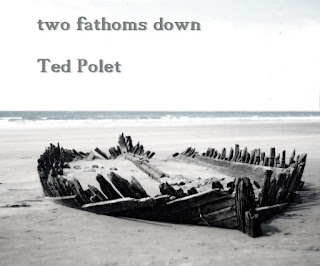 The revolts in the late 18th century did not begin, as we often think, as a popular uprising, but instead were a coup d'état of the middle and higher classes against the corruption and nepotism of the rulers of the time. This applied to the American revolt of 1776, to the Patriotic insurrection in the Netherlands of 1781-1787, and to the French revolution of 1789-1792.

The Patriotic Revolt and Democracy

In the Netherlands of the late 18th century, there was a decentralized administrative system of regional Parliaments and local Councils. One could only take a seat in these by means of balloting: either you belonged or you didn’t. The corruption within this undemocratic system and the monarchical traits of Stadtholder William V who headed it, led to dissatisfaction among those of the elite who had been ignored - lawyers, doctors, scientists, some of the nobility and influential businessmen.


In 1781 one of them (baron Van de Capellen, who for his critical attitude had been expelled from the regional Parliament for the province of Overijssel) published an anonymous pamphlet 'To the people of the Netherlands', in which he laid down his grievances and appealed to the people to arm themselves. He was inspired by the American revolt which broke out five years previously. A so-called ‘Patriotic’ movement arose, which organized itself into armed militias. William V fled to the eastern town of Nijmegen, and the Patriots organized a democratic election of the city council in Utrecht, among other places.

After an incident involving William V’s wife Wilhelmina, the sister of Friedrich of Prussia in 1787, the enraged Prussian king came with an army to teach the Patriots a lesson and help his brother-in-law Willem back to power in The Hague (a.k.a. the Orange Restoration). It was not until 1795 that a French army under General Pichegru would expel Prince William. In its wake, many Patriots who had fled to Paris also returned and founded the Batavian Republic, after the French Republican model.


Democracy was short-lived however, because in 1801 the Republic was replaced by the Batavian Commonwealth, ruled by a kind of ‘politburo’ of twelve dignitaries. By 1805 the French instated the short-lived dictatorship of Rutger Schimmelpenninck, a stooge of the French Emperor Napoleon. In 1806, the Kingdom of Holland was founded under the Emperor’s brother, Louis Napoleon. The French annexed us in 1810 and after Napoleon’s demise in 1813, the son of William V returned, first as provisional head of state, later as King William I, ruling as an enlightened despot rather than a constitutional monarch.

Thus, monarchism had returned, and the same opportunists were back in power. It was not until the constitutional revision of 1848 by the Liberal Prime Minister Thorbecke, that we saw the starting point of a constitutional democracy in this country.

Lessons from the past

Rightly or wrongly (you can determine that yourself) I see similarities between the turbulent 18th century and the administrative crisis which this country is currently experiencing. On February 20, Dutch columnist Marc Chavannes mercilessly exposed the malfunctioning of our public administration and parliamentary system, especially during the Corona year, in an online newspaper (De Correspondent) and in the leading newspaper NRC.

As in 1780, we are governed by a clan of professional administrators, who are now, in keeping with the spirit of our times, trying to run the country as if it were a business. This process has been going on for decades and manifests itself in rigid coalition agreements, turning Parliamentary dualism into a joke. If MPs are only allowed to vote according to Coalition discipline, they are not free to vote as required by our Constitution (Article 67.3). I already touched on that in my previous post of January 2.


This problem has become magnified further during the corona period. At present there is only one truth left, i.e. that of our PM Mark Rutte and the experts who advise him. It is sad to see the ideals of the Liberal PM Thorbecke of 1848 being squandered by his direct heir Rutte. And Parliament is not doing its job – the opposition is toothless, and only marginally succeeded in toppling the Cabinet due to an exceptionally painful scandal being uncovered by two MPs, who took their job seriously and fought an exhausting battle against officialdom.

The editorial in the same edition of NRC (20 February) headlined Corona crisis must not further sabotage the stagnant campaign. That is correct – the election campaign is virtually invisible in the corona tunnel. What do we have to elect, and what for? To see our hopes for change succumb to another cast-iron coalition agreement?


In addition, it is nothing short of astonishing that a cabinet after having subjected an entire people to Covid restrictions and a curfew for months, are this eager to suspend those same measures for the 17 March elections, in order to gain their new four-year mandate. Apparently they have powers to send the dreaded virus on holiday during the elections! It seems the French have understood this better: their regional elections are being postponed until June.

We long for change

A successful re-set of any administration can only come from within: keep everything that works in place and improve everything that does not. This isn’t a revolt, but a self-cleansing process which inevitably will take years. Just as Thorbecke was able to shape the parliamentary system from within, and a century ago the Socialist leader Troelstra became the voice of the unheard working class, now a rethink of the state of the country is needed. We need to revert to the system of debate between coalition and opposition in Parliament leading to legislation instead of the government by decree it has become.

So I do not think we are ready for elections in March 2021. The only possible signal would be to boycott the vote en masse, reducing the turnout to such an extent that politicians in The Hague will begin thinking. But will it happen in view of the cowed state of our electorate? I fear the worst.