Writing a politically motivated post should not become a habit, that is not what I intended with my author's blog.

However, I cannot keep my mouth shut, because history repeats itself and in the superlative. A few years ago, the siege of Eastern Aleppo and the resulting refugee flow was one of the reasons for me to write The Batavian, published last year in Dutch as De Batavier. 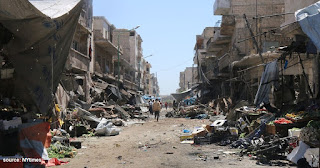 Now the same disaster is happening all over again in the Syrian province of Idlib. Two Syrian refugees write in the Dutch newspaper NRC Next on Monday 2 March that the silence around Idlib must be broken. They are called Mohammad Kanfash and Ali al Jasem and have worked for humanitarian organizations such as UNHCR and AzG.

I recently saw the heartbreaking documentary For Sama, made from film images by Waad al-Kateab from Aleppo. In her documentary you see the Russian fighter jets with their adjustable wings (see below) fire rockets at civilian targets in Aleppo and the result of missiles and bombs hitting a hospital. I can tell you, half the audience was in tears and so was I. 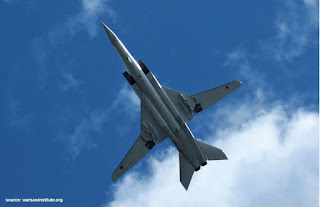 The same is happening again at the moment in Idlib, where hundreds of thousands of ordinary people like you and myelf are trapped between the troops of Assad and his Russian and Iranian allies, and the Turkish invasion force that supports other groups in the civil war.

The UNHCR is sounding the alarm about the disaster that is taking place.

The silence mentioned by the authors of the article in NRC Next refers to the icy silence prevalent in the Western world. A genocide is taking place, there are a million people on the run from the violence. It is winter in the mountains and the refugees live in miserable conditions, stuck at the Turkish-Syrian border, which is cordoned off against the new flow of human misery. 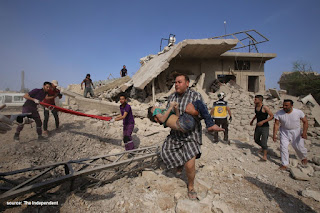 Turkey may already have taken in 4 million refugees, but is now playing a cat and mouse game with the unwilling EU, which offers no help. The Turkish government claims that the border with Greece is open, which is incorrect as the Greeks block it. Thousands of people are now trapped there in no man's land, in winter, devoid of help, but being bombarded with Greek tear gas.

As regards refugees, Greece has become the dumping ground of the EU, who let the Greeks struggle with the refugee crisis. That includes the Netherlands, where Government is sitting on its hands instead of acting and in a diplomatic and practical sense try put an end to the violence and lend a helping hand in relieving the refugees' misery. 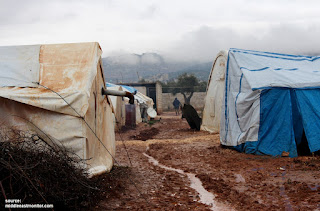 The disinterest not only applies to politicians, but to all of us. The authors of the NRC Next article rightly ask why a nation-wide appeal was was launched in Holland for the victims of forest fires in Australia, a rich country that itself has sufficient resources, but nothing is done for the humanitarian disaster in Idlib. Instead, we are busy with the daily sensation about Corona, as children freeze to death in the winter cold on the borders of the EU.


As I wrote in my postscript to The Batavian three years ago: I am afraid history will judge the EU and our generation for what we have done.